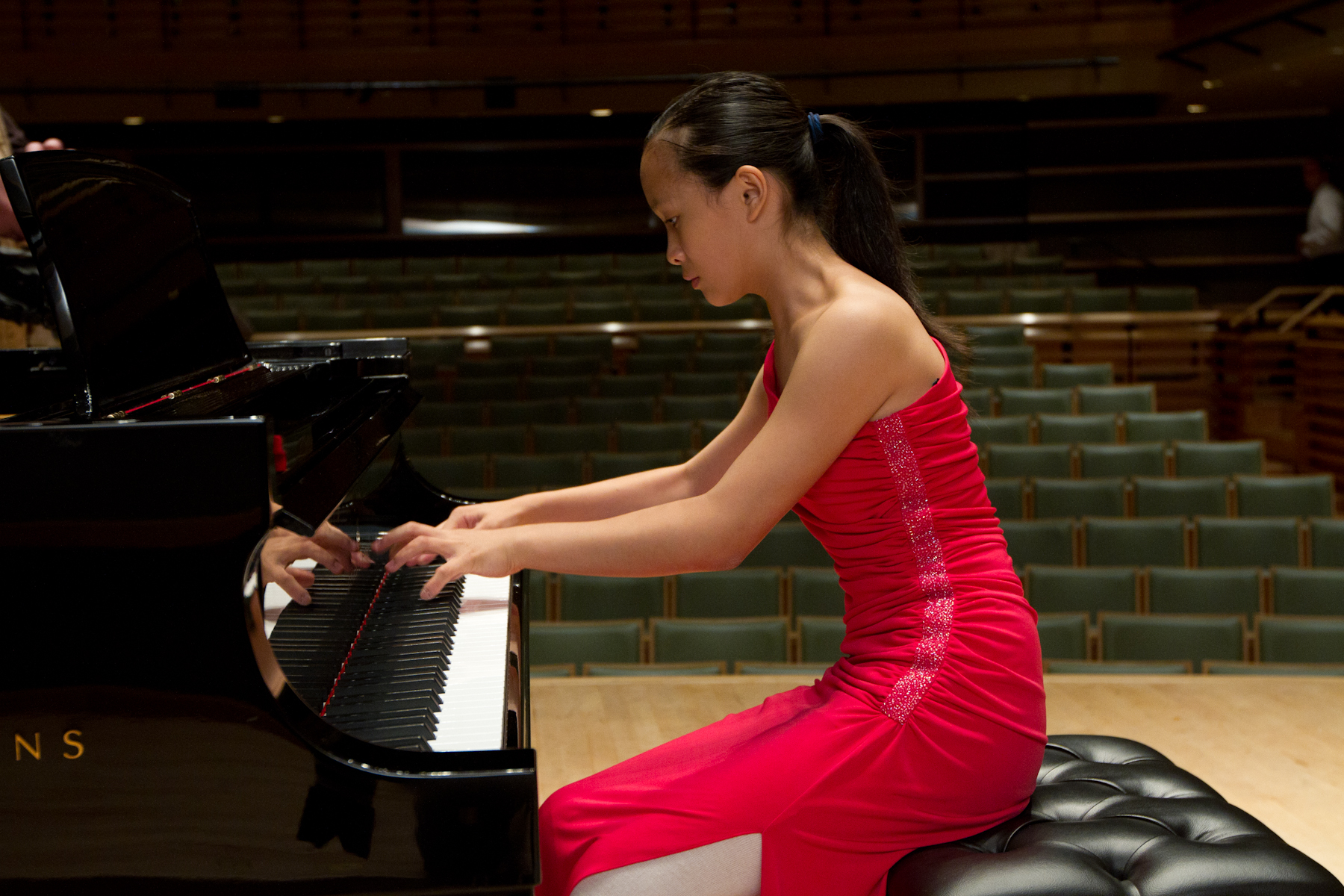 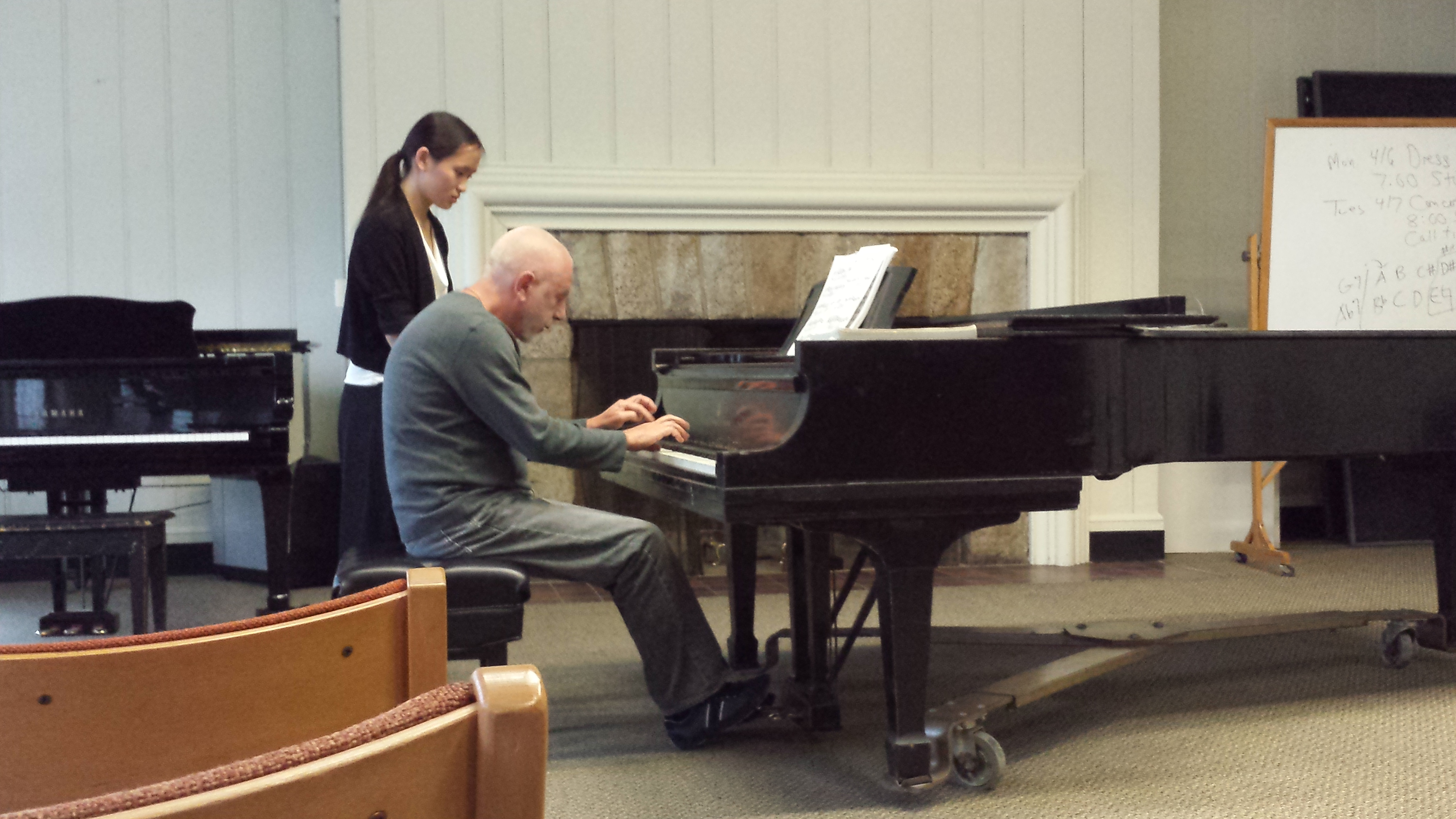 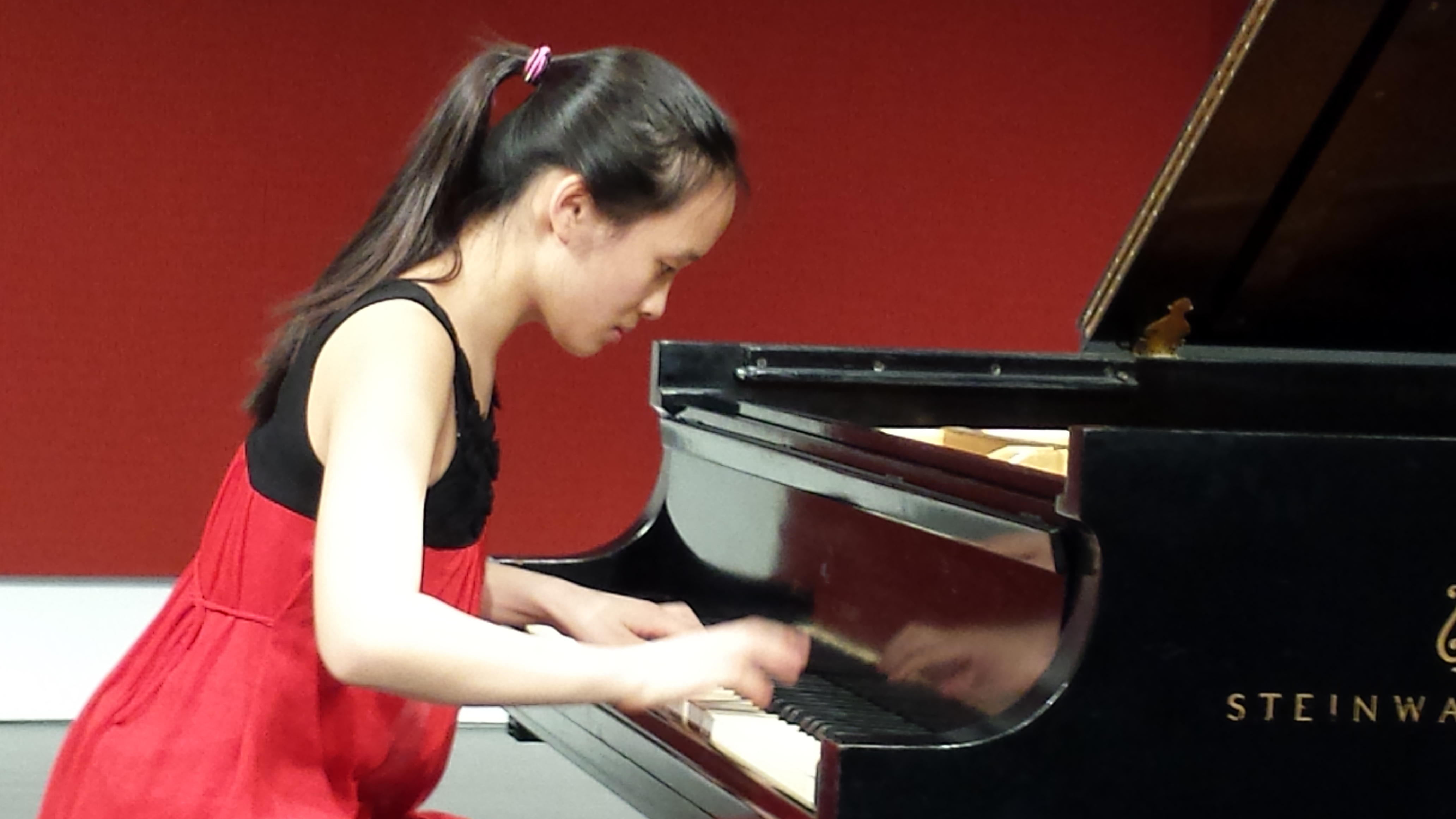 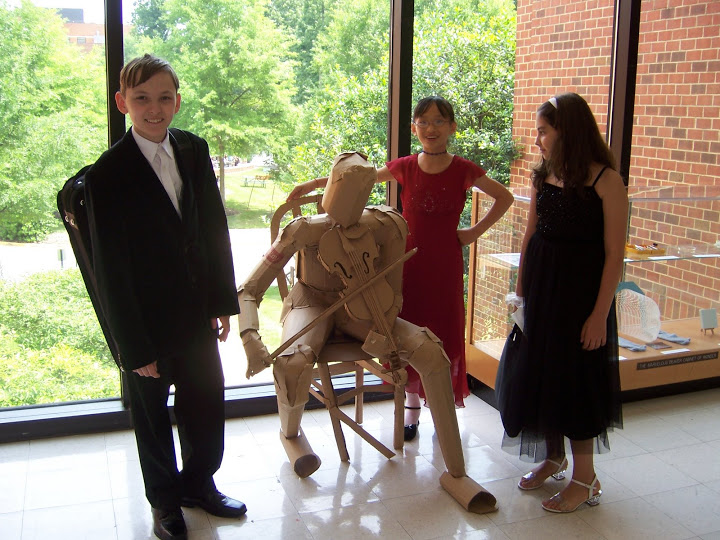 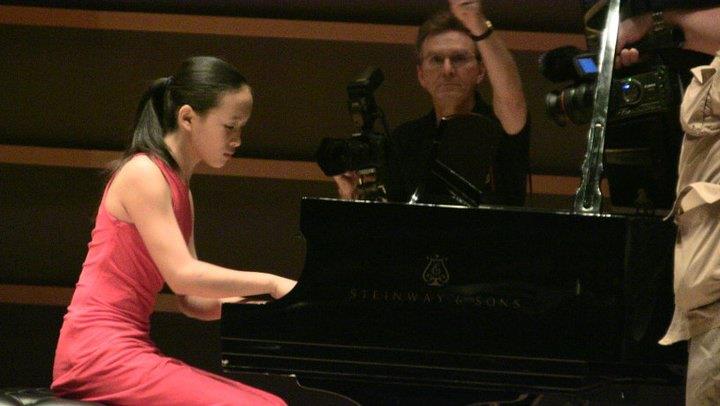 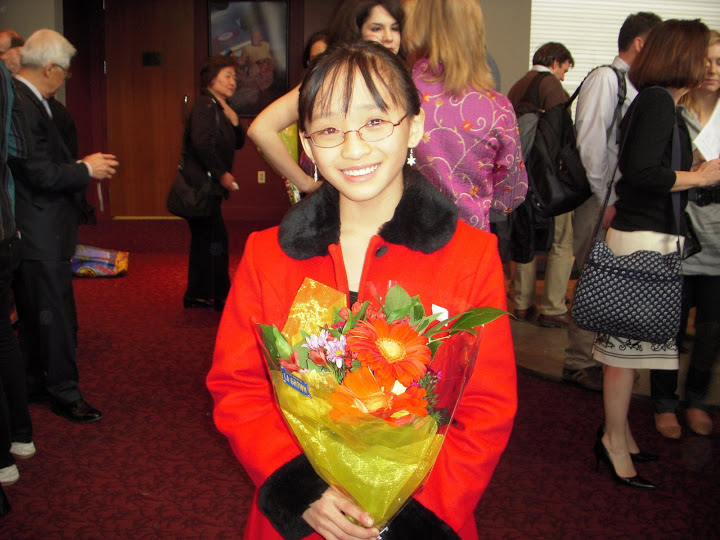 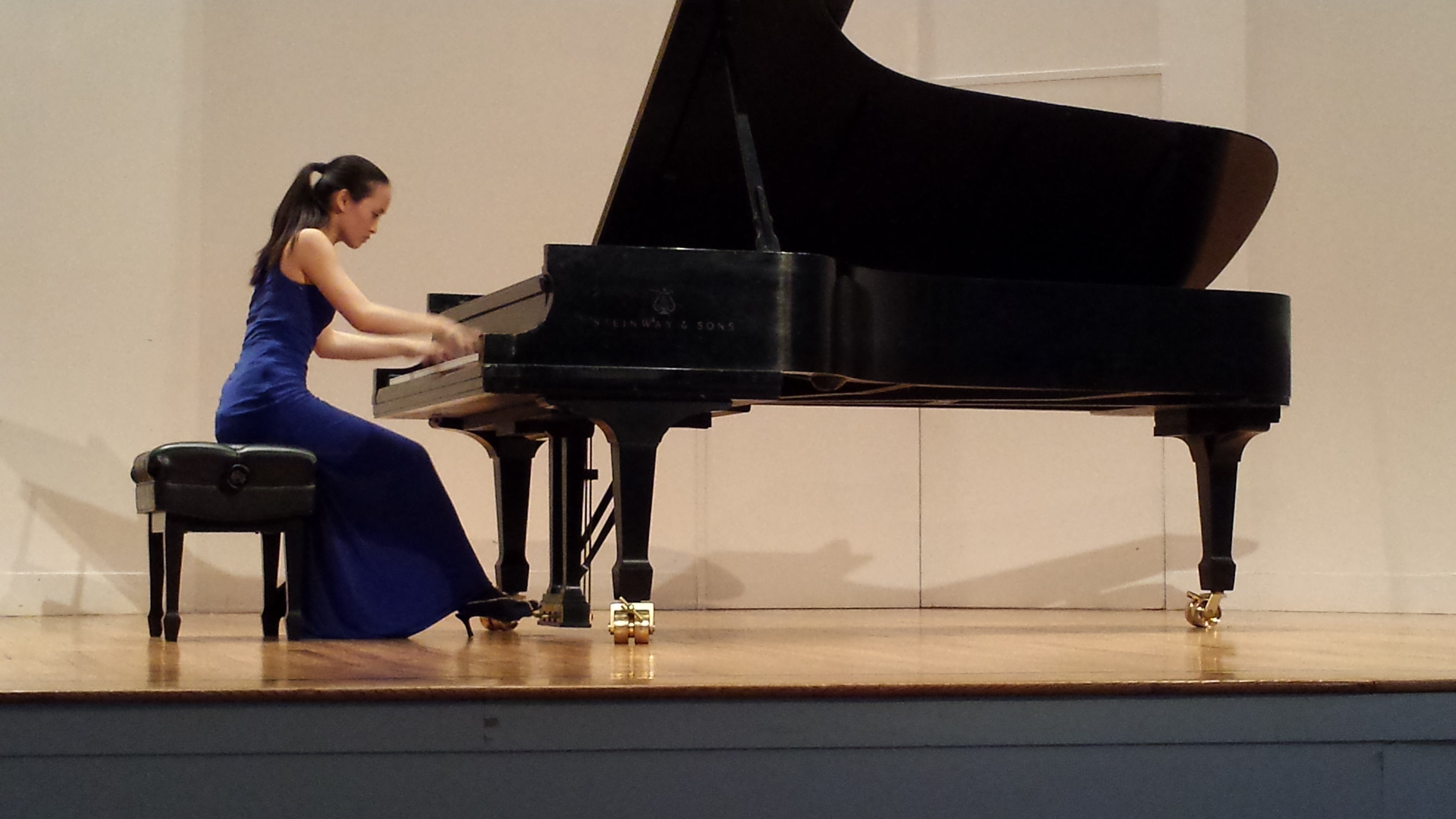 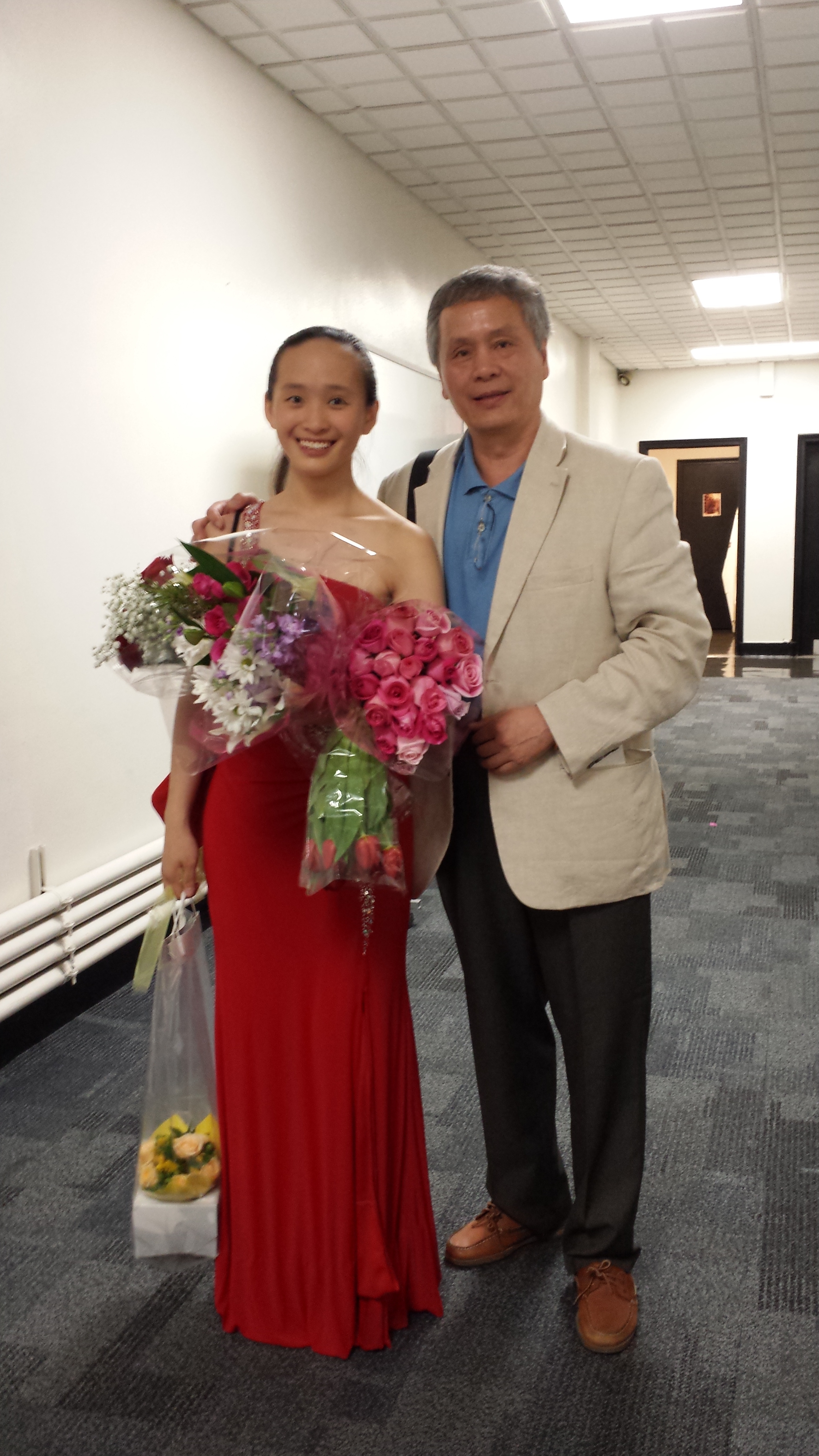 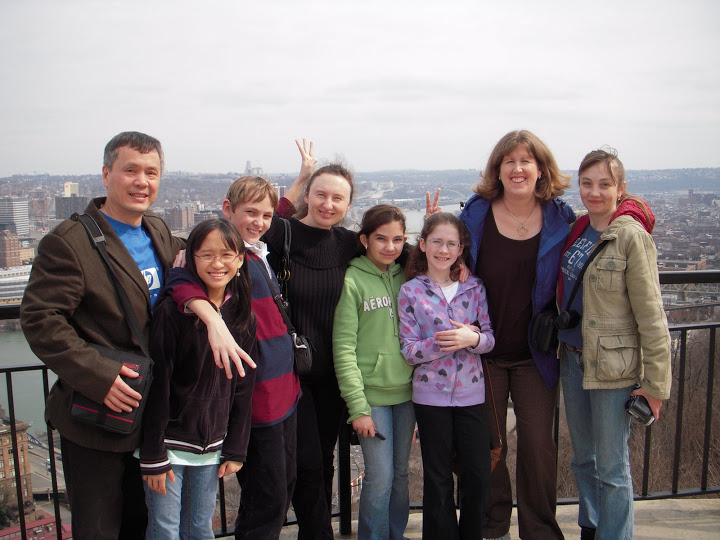 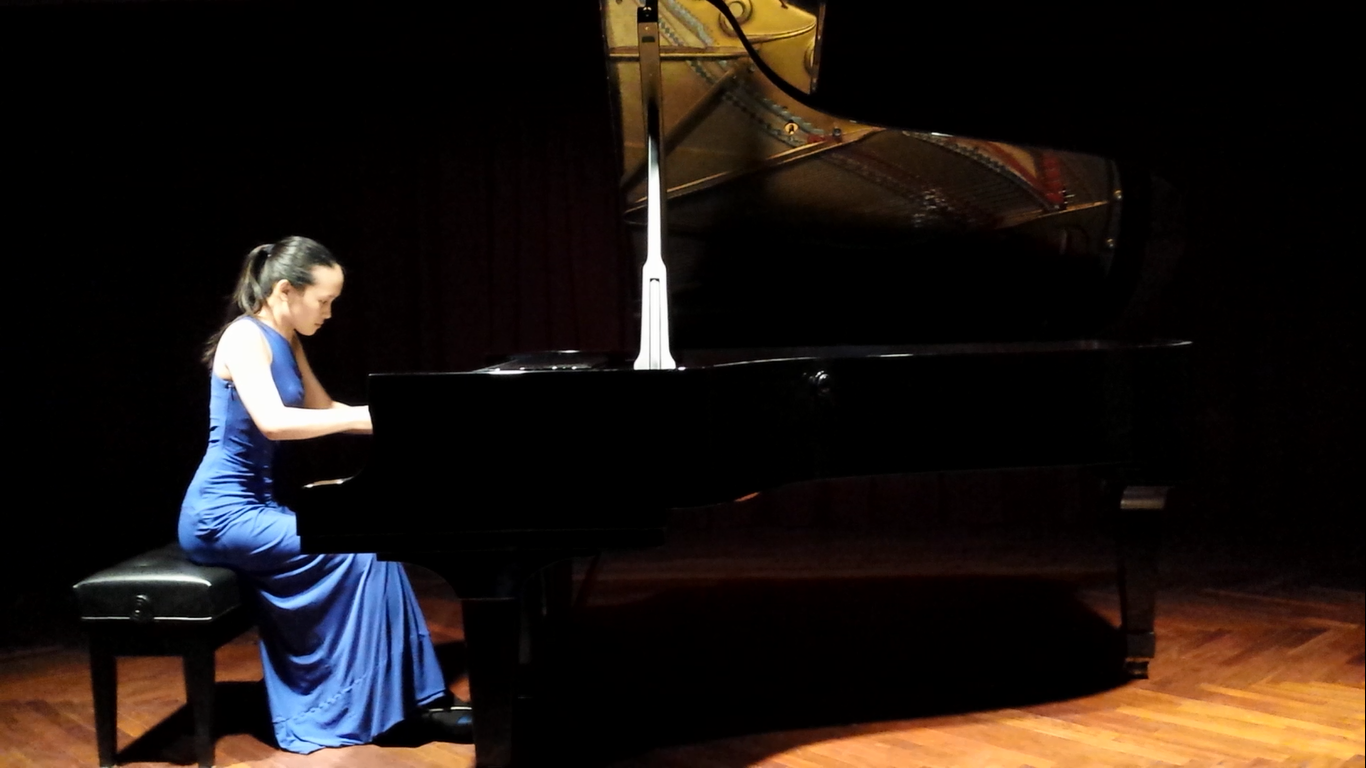 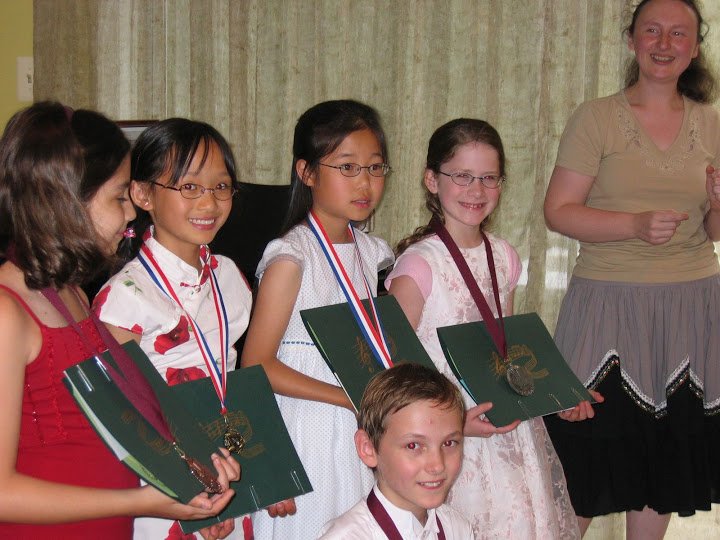 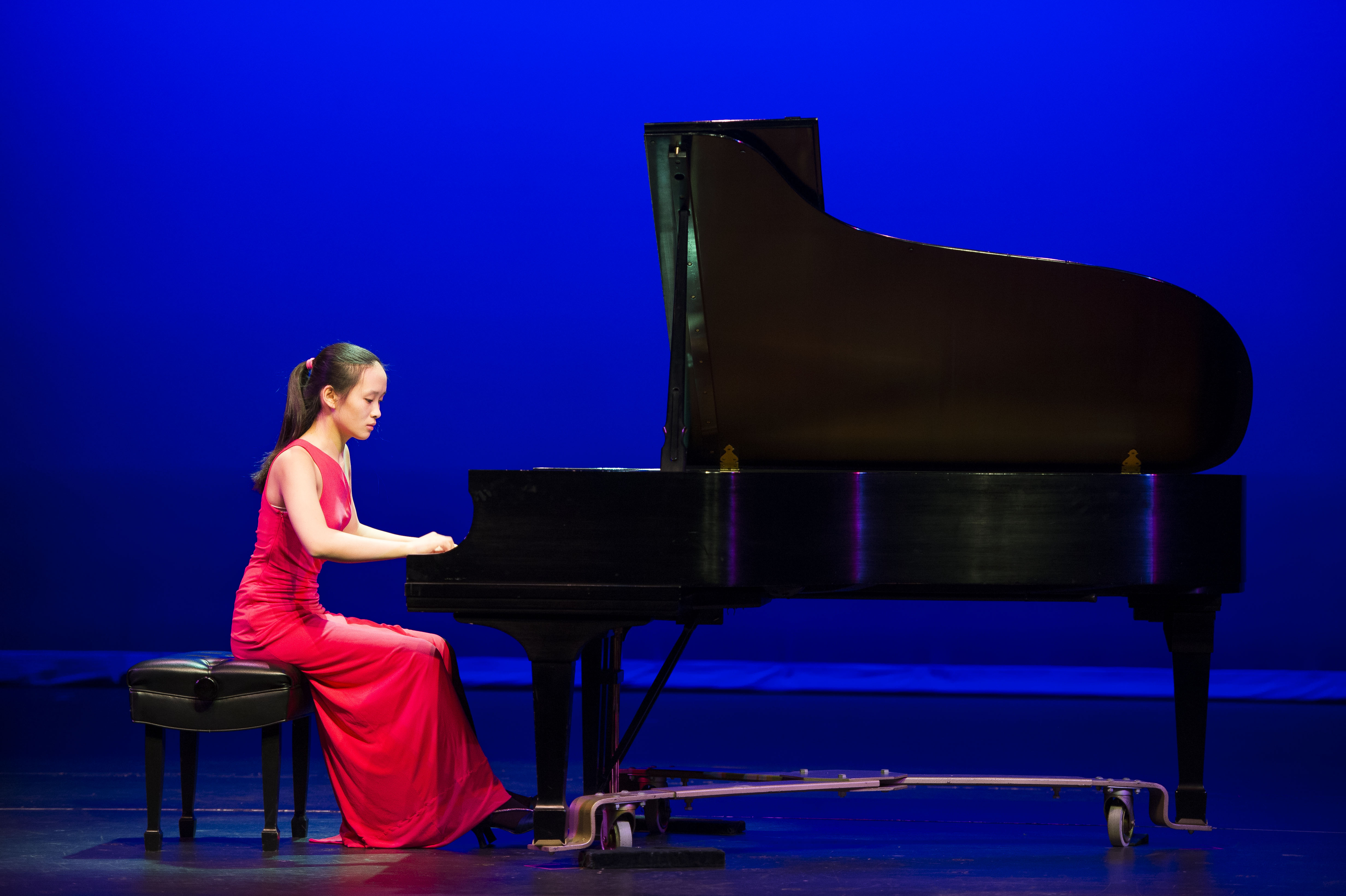 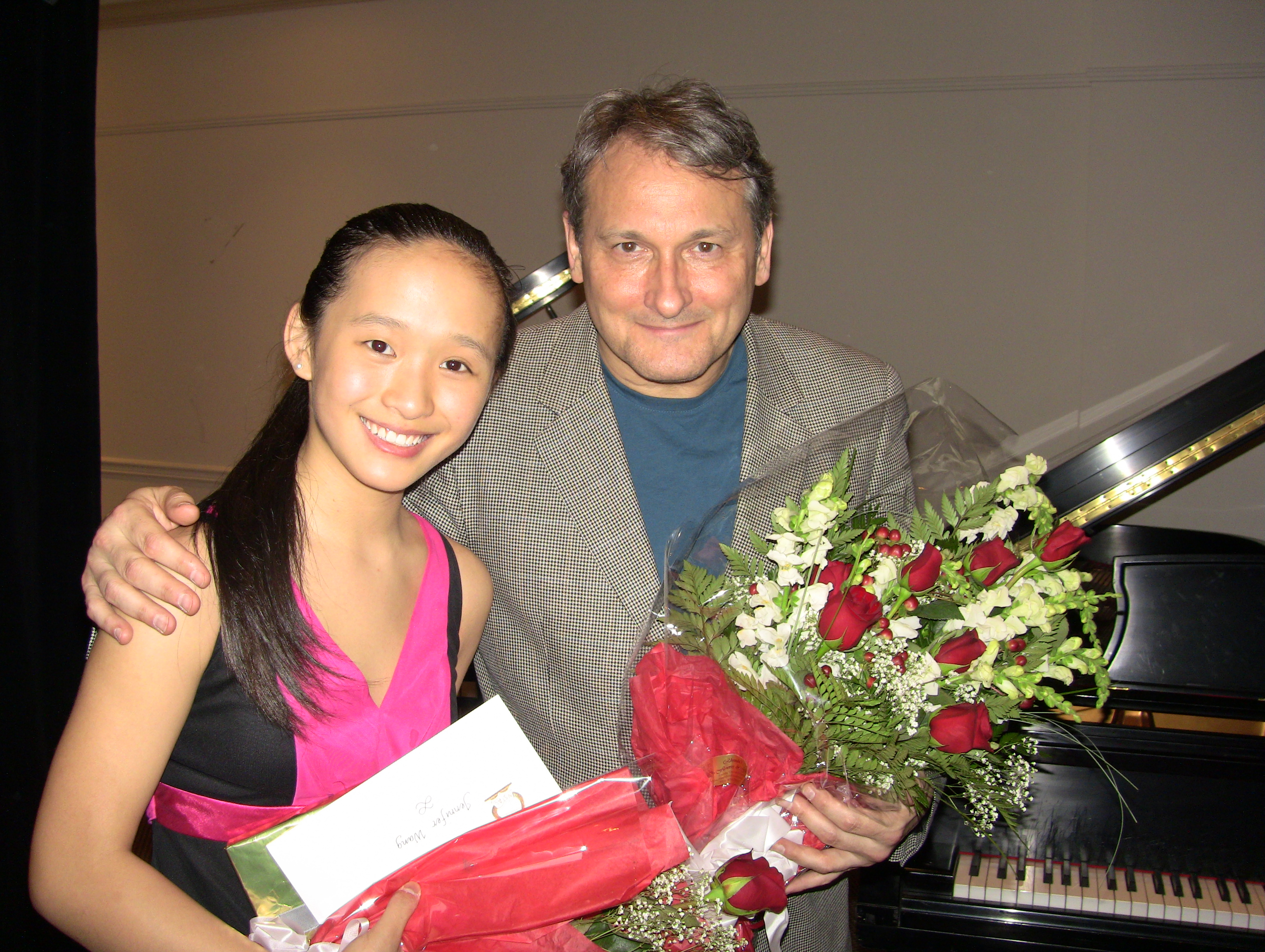 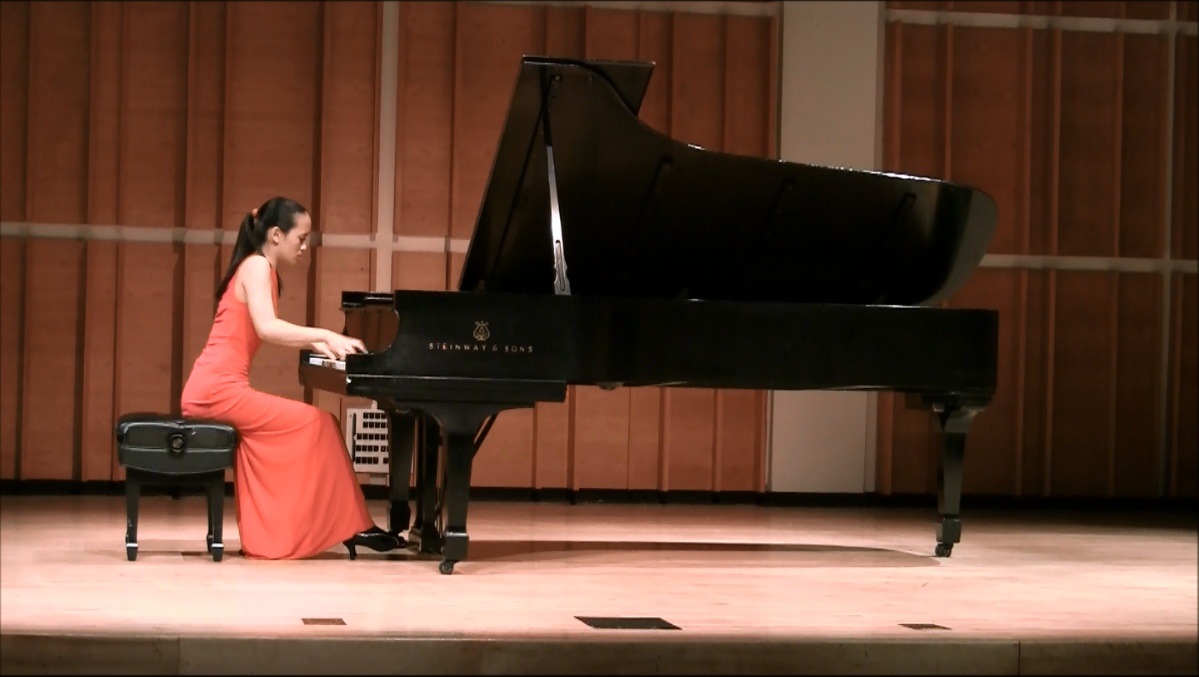 Message from the Graduate

Reflecting back over my  growth at the studio, it’s been a long journey—not an end, but the beginning of a lifetime of personal and musical growth thanks to passionate teachers, parents, and fellow students around me. Back when I was 10, pianist Yundi Li’s youtube video of Fantasie Impromptu captivated me to the point that I couldn’t stop listening to it over and over again. It was that moment that I knew I simply had to play this piece no matter what and playing piano what I absolutely wanted to do. But I had to prove that I could play it well.

From performance to performance, something clicked one day when played the middle section in particular and the melody was somehow right. To me, that was a turning point as I learned to relax into the music, express myself, and experiment more with movement especially touch, instead of performing looking as if frozen. This also became an answer to pulling my speed back, and I felt Fantasie Impromptu really transformed my playing as well as opening up a wealth of possibilities. Currently, my aspirations are both to perform around the world and to teach, and perhaps even establish a music festival someday. In addition to exploring chamber music, accompanying, and various other aspects

more in depth during the next few years, another short-term goal of mine is to possibly re-pick up accordion as well.

Among the many warm memories of sharing smiles, laughs, great food, and enthusiastic music-making, there are small moments throughout that I remember most fondly. There’re definitely too many to count but a favorite of mine was when we gathered for a studio dinner for the 2011 Duquesne competition in Pittsburgh as one big family, relaxing after competing and we kids (since our musicianship couldn’t be stopped) continued making music at the dinner table by rubbing drinking glasses with water and creating our own little glass harmonicas.

Little moments like that stand out to me, seeming tiny, but it’s the little

moments that make up a big part of what makes my time at the studio so special to me.

Whether it was the satisfaction of tearing off “cockroach” stickers from our music, highlighting Bach Fugue voices into works of art, or cheering

one another on in competitions and recitals, all these memories and experiences have helped to shape the musician I am today.

To our studio, thank you all for being the family that you are and here’s to making many more joyful memories for many years to come.

Jennifer Wang’s passion for classical music was first sparked at the age of six, when she learned the basics of piano at home under the instruction of her father. At age of eight, she was accepted by the Levine School of Music in Washington, D.C. where she studied with Dr. Anna Ouspenskaya for over 9 years. Jennifer was a recipient of numerous scholarships such as the Honors Scholarship and Stipend 2011-2014, and the “Stars of Tomorrow” Scholarship at Levine

. As a Levine Honors student, she achieved “Distinction” marks every year since 2005 in all categories through the level 10 juries and became an advanced student there.  Since 2013, Jennifer has pursued her piano studies with scholarship at Manhattan School of Music Precollege Division under the tutelage of Dr. Efrem Briskin.

Jennifer is an undergraduate attending Manhattan School of Music. Her love of music and arts has deep roots in her family as she grew

up listening to a wide variety of music including her father’s accordion-playing. Since she was born, Jennifer listened to a recording of Tchaikovsky’s Piano Concerto No. 1, and the piece became her dream piano concerto and Tchaikovsky, her favorite composer.

An avid performer, Jennifer has performed publicly at prestigious

venues such as the Kennedy Center in Washington, DC, the DiCapo Opera Theater in New York, the Kimmel Center for the Performing Arts in Philadelphia; she was invited to perform at numerous venues including the Embassy of Italy, Mexican Cultural Institute of Washington, DC, Lyceum in Alexandria, featured as a performer on Cable TV: A Holiday Recital, the Grand Duchy of Luxembourg, the Netherlands Embassy, Alden Theater Music Friends Concert, Roundhouse Theatre Showcase Concert, and also Annual Waterford Concert Series – Next Generation Concerts for 5 years. Jennifer has also been selected to play in master classes given by Boris Slutsky, Mikhail Volchok and Larissa Dedova, Lambert Orkis, Pavel Nerssesian, Christopher O’Riley, Eric Zuber, Alon Goldstein, Mark Pakman, and Anna Balakerskaia among others.

In 2009, Jennifer became a founding performer-member of Arts Are For All Ages, a non-profit organization in the Washington, DC area. This group performs thirty classical concerts a year to retirement communities, and consists of young musicians that volunteer their performances.

In addition to her musical interests, Jennifer enjoys art, writing, Ping Pong, and biking. One of her sketches was published in the

Highlights national children’s magazine in 2009 and her artworks were exhibited at the McLean Community Center Art Exhibition every year for 6 years. Jennifer is also editor and reporter for the school newsmagazine (The Highlander) as well as contributor to The Highlander Online publication for three years and is on the NSPA Journalism Honor Roll.

We Are What We Do